To begin, I got a walkthrough of the initial work a coworker had completed on the feature. I took that information, along with a list of feature requirements, and internalized them. Once I had a mental model for how the feature was going to work, I began sketching through ideas. These sketches helped me work through visual aesthetics as well as UI functionality and flow. Though some sketches were unique to the specific Stripe implementation I was building, I made sure to generalize any designs so they could be utilized by other integrations planned for future releases.

I sketched various interactions for the individual integration view (/org/:orgid/integrations/:id): 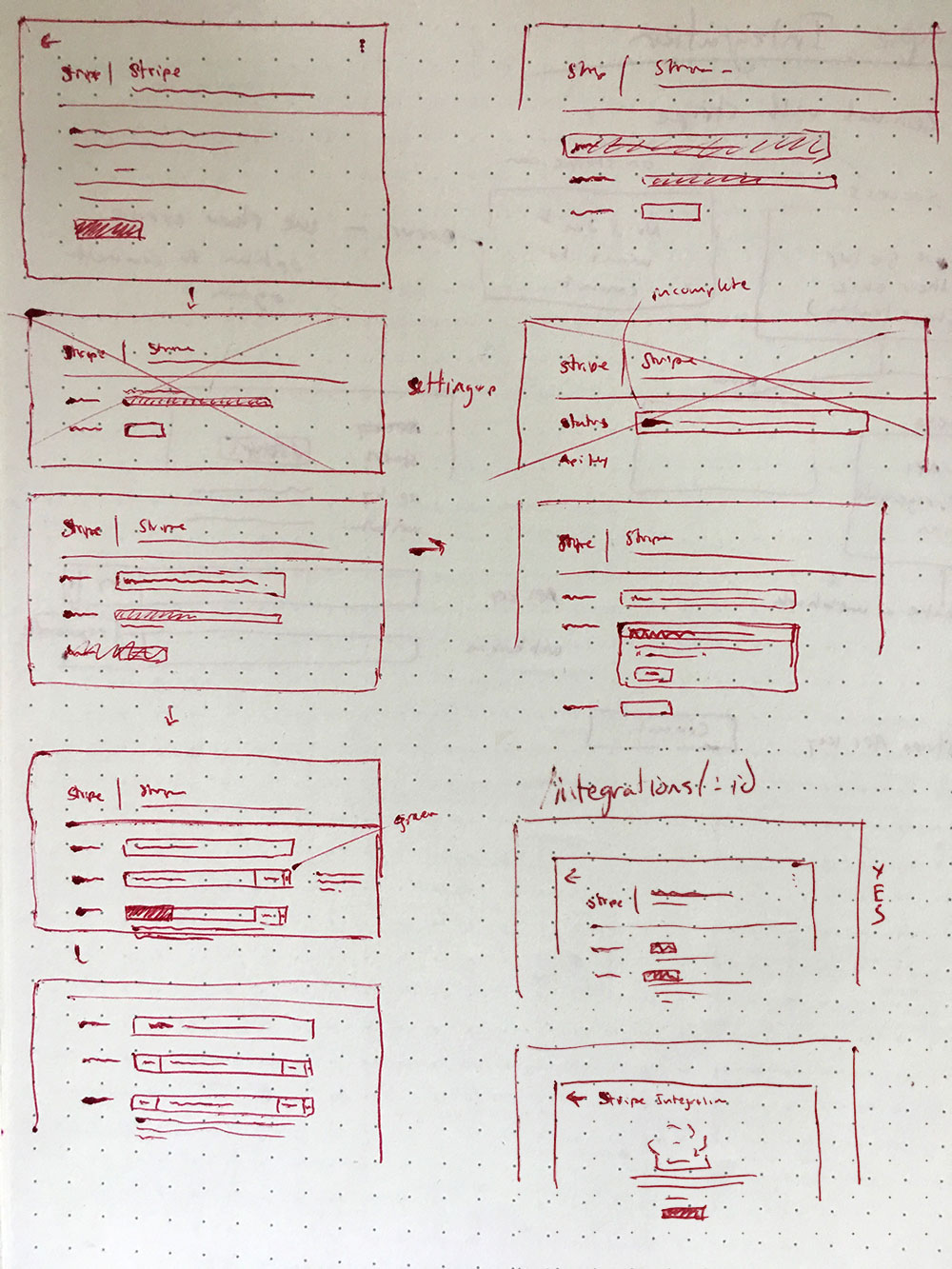 I sketched individual component pieces and their associated functionality, like a input fields and their component states: 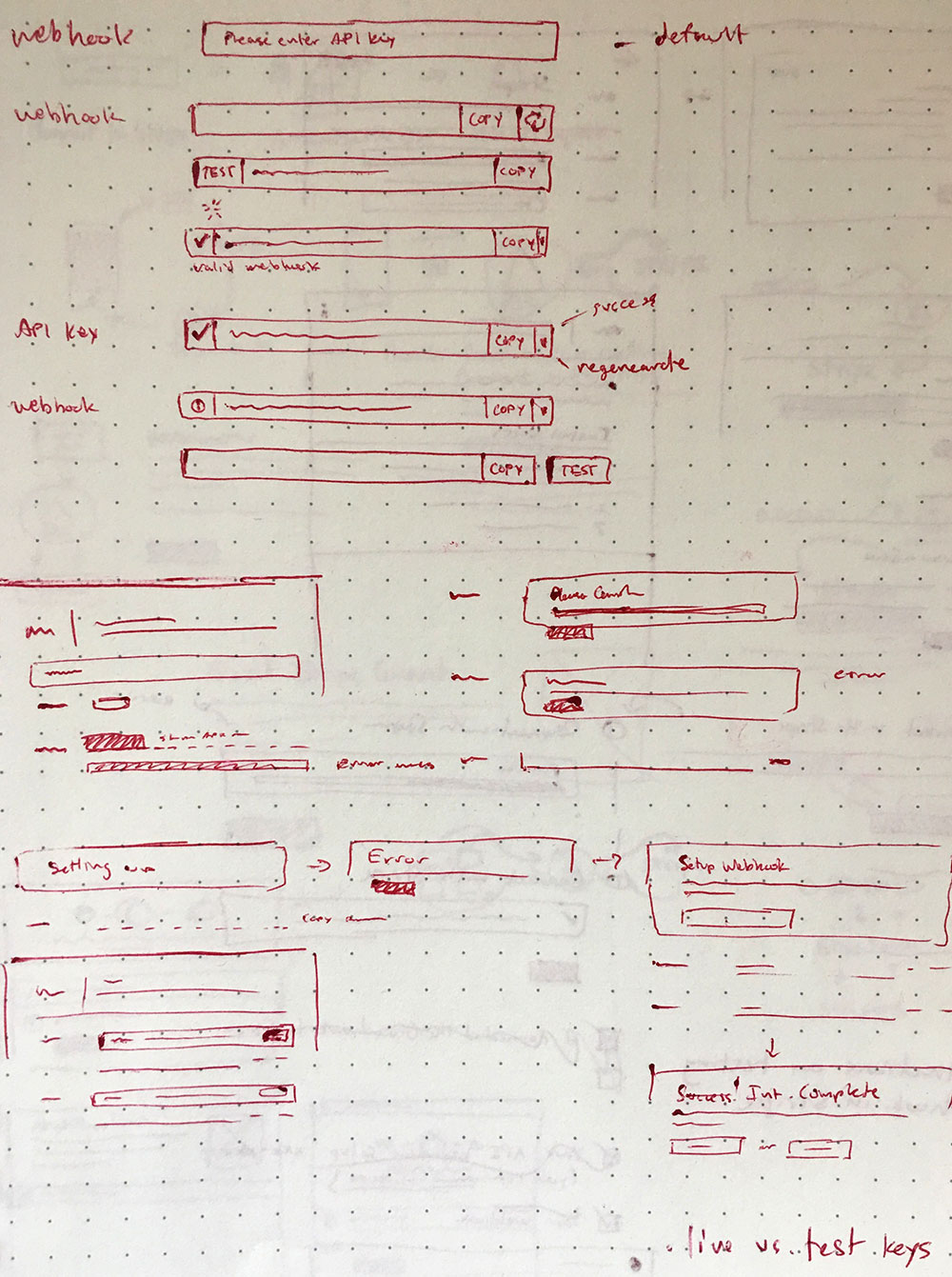 I sketched the framework for an “n-number”-stepped linear flow process which would create each integration: 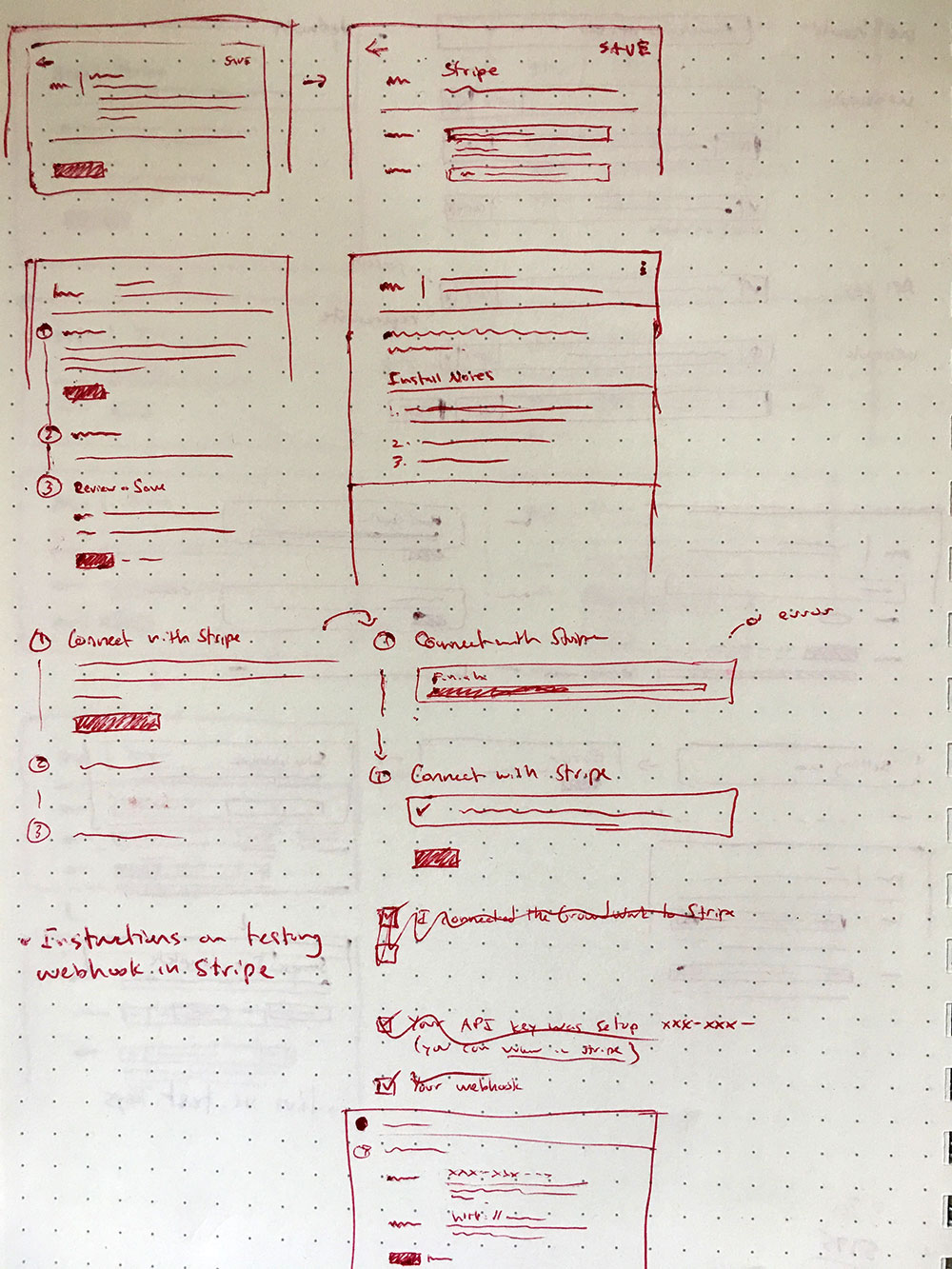 And I sketched some ideas around a “splash screen” the user would see when viewing an integration that hadn’t been configured yet: 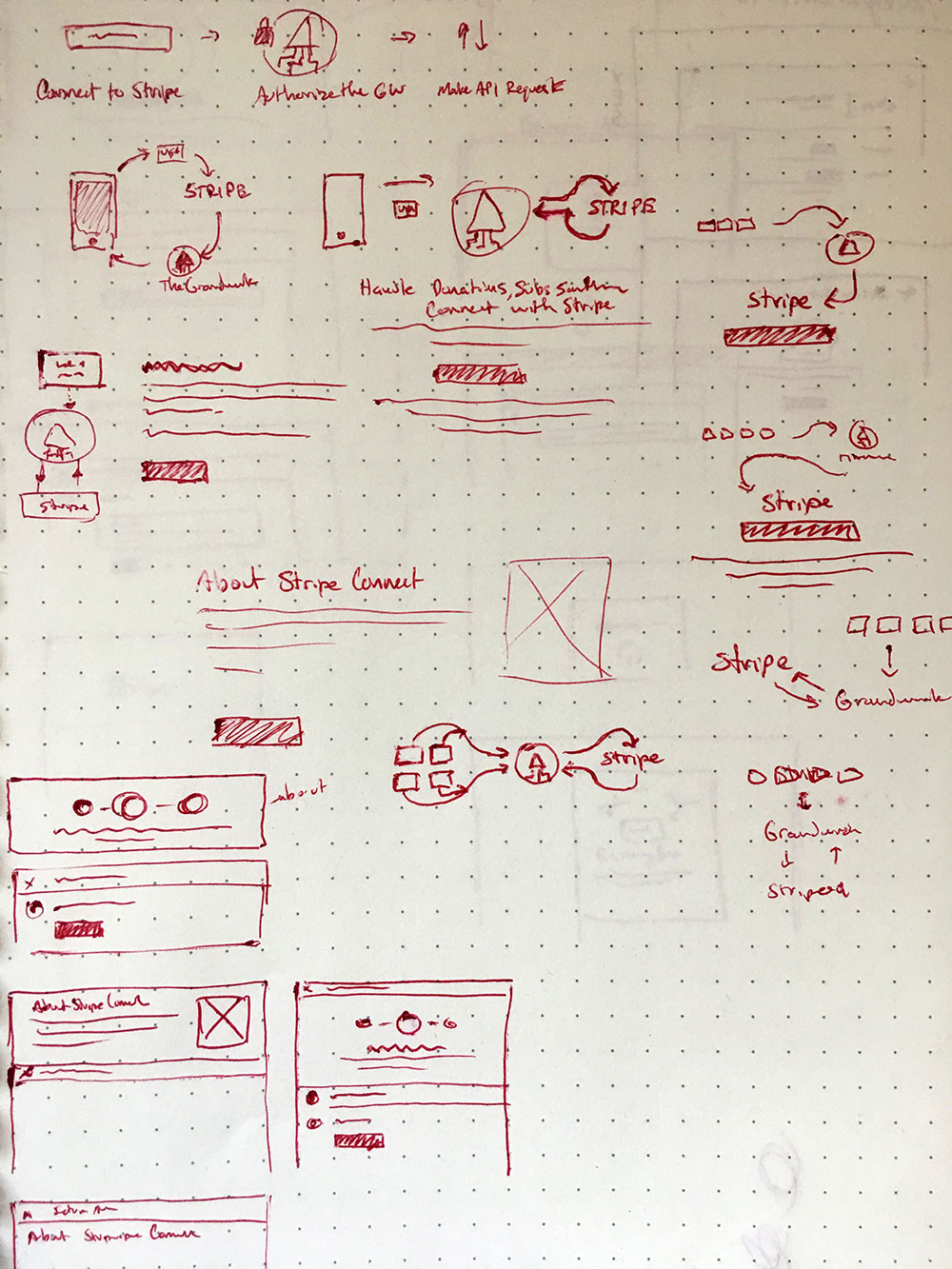 Once I had created rough sketches that depcited all the views and interactions that were needed by the feature, I began creating more high fidelity mocks in Sketch app. Once I had all those worked out, I linked them all together in Invision to get a feel for UI interactions.

I don’t have the individual mocks to show here, but I do have a big animated .gif that’ll show what the screens looked like when a user setup the Stripe integration. Enjoy: