My second started kindergarten this year and this morning I sat at the table to help him do his “homework”: writing his own name. 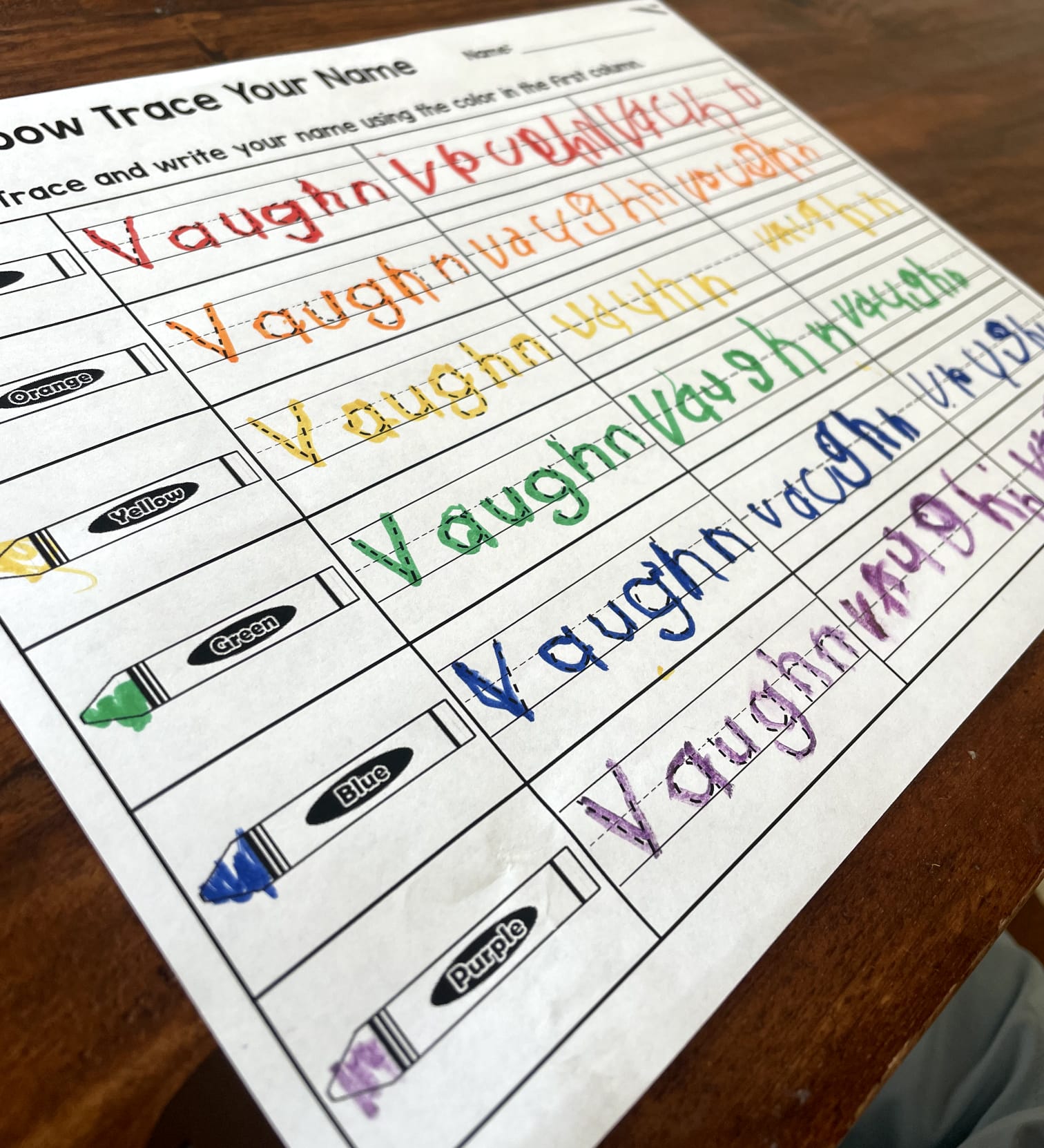 We’ve already practiced this with him, but he struggles doing it within the constrained space of a worksheet. Give him a giant cardboard box as a canvas with some watercolors or crayons and he’ll write his name all day long. But circumscribe the space within which he has to write his name and he starts to struggle.

Additionally, he learned to write his name in uppercase – VAUGHN – but his practice sheets are making him confront the complexity of writing his name in mixed upper/lowercase – Vaughn — which take different forms and require attention to typographic details like ascenders and descenders.

As we worked through his worksheet, he expressed refrains such as:

Then came my attempt at encouragement and reassurance:

He wasn’t having it. He kept railing on his work, telling us how bad it was and how fearful he was at the ramifications of such work. My wife and I both explained he didn't’t need to be perfect. “I don’t want to be perfect,” he said. “I just want every single letter to be right.”

I tried to explain the concept of practice (something we’ve discussed many times before, but with kids you have the same conversations over and over). “You know how you get good at something?” I asked. “You be bad at it over and over for a long time.”

Saying these words made me look at myself and question whether I actually believed them. Too often I’ve tried something, not been as good as I wanted, and quit — expecting the mastery I see in others but failing completely to find it.

While I gazed at my son’s worksheet, a coding problem I’d been trying to solve for the last couple days popped into my head. I couldn’t help but laugh a little at the similarities between my son’s worksheet exercises and my coding exercises. We both tried to mimic our way to something that felt right. We both harbored fear around the inadequacy of our work and ourselves. We both feared the possible wrath of some abstract authority. 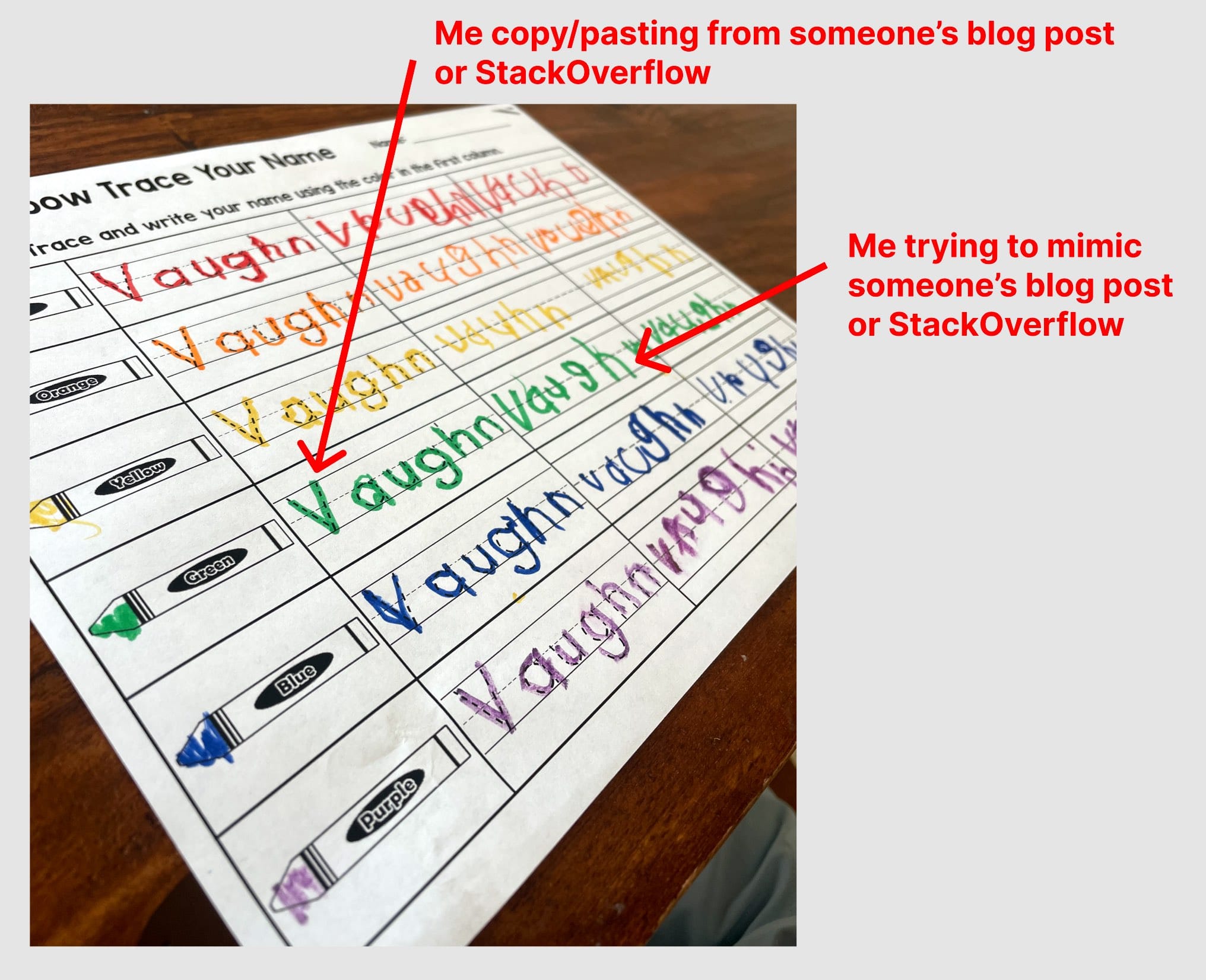 Ultimately, I don’t think any of my words helped much. What did help, I think, was just being there alongside him as he went through it.

Wherever you are, thanks for being here and reading my blog as I try — however feeble my attempt sometimes.