Chris spilled some metaphorical digital ink on the eternal topic of websites and web apps.

There are a lot of technological choices to make, but they can be made based on actual needs, not because a site happens to fall into a lexical bucket.

I know I am not adding anything to this conversation. I’m just reflecting on what I read in Chris’ post.

You’d think it would be silly to try and reduce something with the adjective “world wide” in its name into a binary classification (websites or web apps) — yet here we are.

At first, it seems that it’s the bucketing that messes things up. What if, instead, we created a spectrum with “websites” on one side and “web apps” on the other? 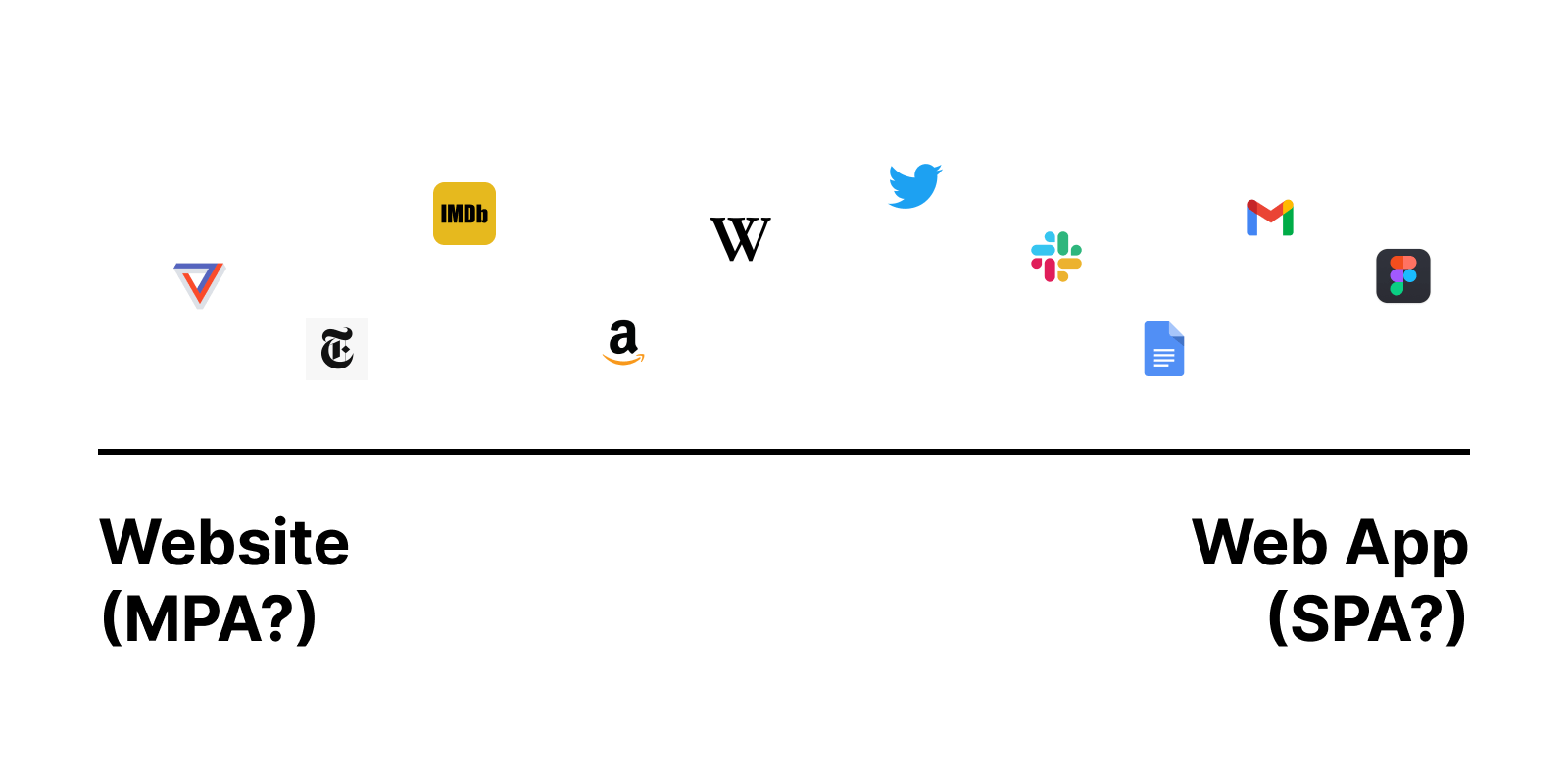 No problem here, right? Figma is a web app, The Verge is a website. And the ones that aren’t clearly one or the other, you just stick them somewhere on the spectrum between the two poles.

This helps you avoid the problem of drawing lines between things, because once you classify what something is that also means, by definition, it is not the other. 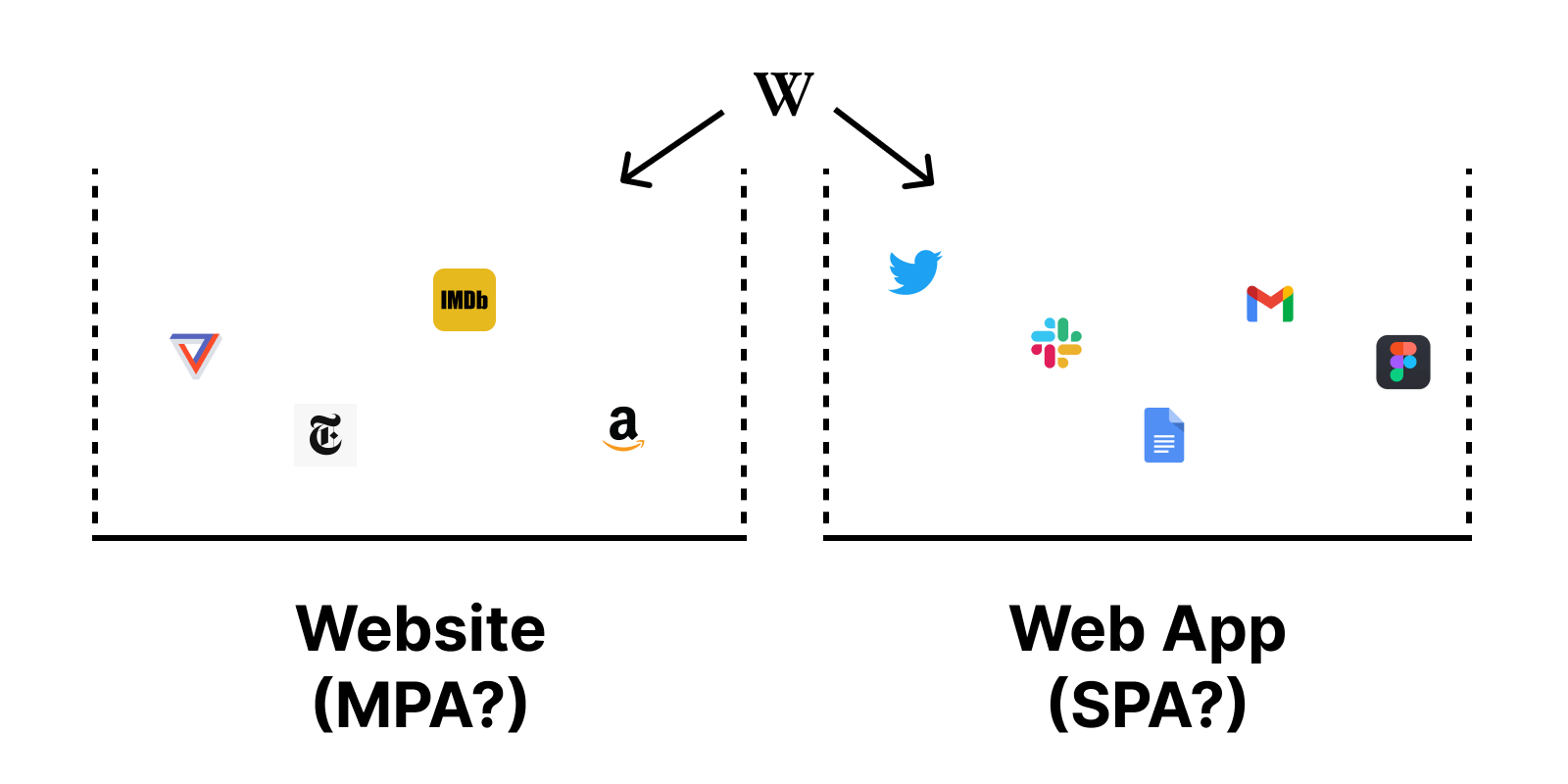 Except, as Chris points out, you’ve still created the labels.

The second you slap one label or the other on a website you can instantly think of things that would question that label.

Given the vastness of the web, you’ll undoubtedly end up with an artifact whose attributes on the "website to web app" spectrum are not linear, i.e. its attributes will be peppered across the spectrum without necessarily being adjacent to each other. So this idea of a spectrum falls apart.

I think the web is just too big, too diverse, too “world wide” to be so easily circumscribed by our own classifications or definitions.

The entities you can access on the web are a lot like us humans: very similar in ways and very different in ways, but never identical.