I’m not sure why, but people love to curse. In fact, curse words are losing their potency and becoming increasingly banal because of overuse.

For example, my Dad rarely cursed. When he did, it was never anything more than ‘damn’ or ‘hell’. However, when he used those words you knew he was mad. And if by some chance he said ‘shit’, well then you had better get as far away as possible because he was mad as a hornet (most likely from striking his thumb with a hammer). Now-a-days, it seems as though the use of profanity really gives no intimation into someone’s mood.

Profanity is the part of language that many consider impolite, offensive, or vulgar. Its use is to either a) show crude debasement of someone or something, or b) show strong or intense emotions. Excessive vulgarity is quite detrimental to character, it:

An Example of Ostentatious Design

This app is called Authentic Weather and it’s censored by Apple’s app store for vulgarity: 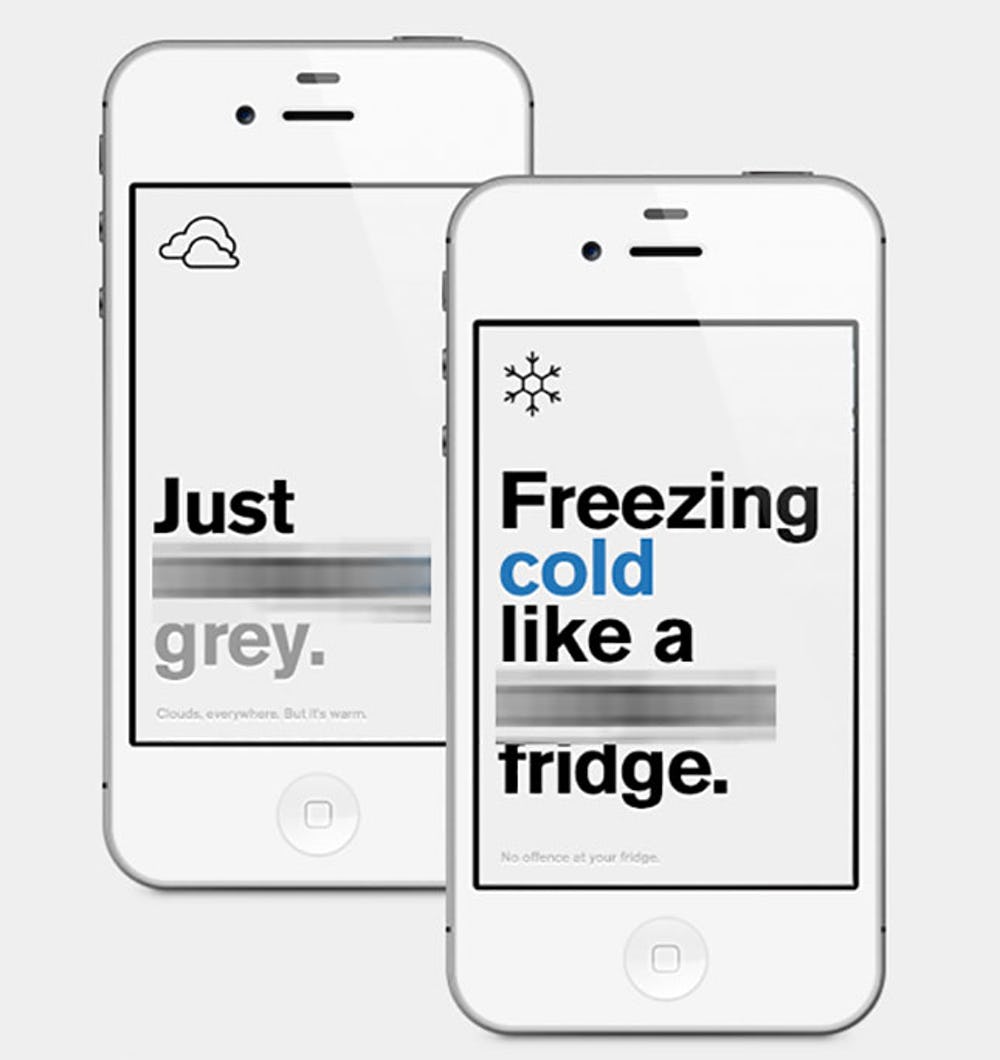 Why do we need that? Why do we need to say, “It's f---ing cloudy now”? The point of the app, according to this gallery, is to be authentic, honest, and get to the point. If you want to get to the point, leave out the superfluous words. Simply say “it’s cloudy”. You don't need the expletive “f---ing”. It’s unwarranted and crude. In addition, you don’t need the word “now” because of the present tense conjugation “it’s”. If you want to “get to the point”, as the app’s proclamation states, “it’s raining” is more succinct.

Some might argue, “but the cursing adds personality”. The dictionary defines personality as “the combination of characteristics or qualities that form an individual’s distinct character”. So if you want to hang out with someone (or something, in this case an app) whose character is formed by an unrefined, debased lexicon full or superfluous crudities then by all means.

As designers (and human beings) let’s ennoble people. Eliciting emotion through vulgarity is a lot easier than doing it through nobility (or at least decency). And that applies to everything be it design, humor, education, or anything else.