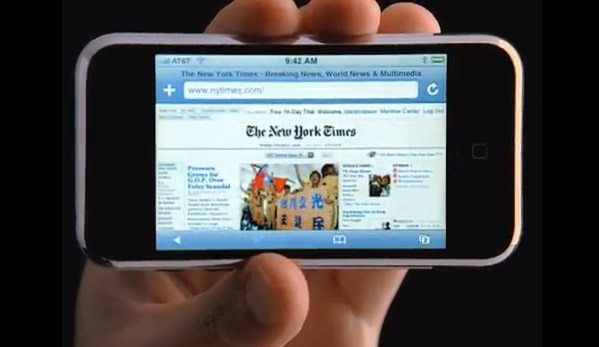 Those are the words from a 2007 TV ad showcasing the capabilities of Apple’s new iPhone which allowed you to browse the internet. Not the stripped-down version so many PDAs and other mobile devices were accessing at the time, but the real internet. The same internet you saw on your desktop computer. That was revolutionary.

Why? People want the web to be universal. They want the same internet they use everywhere else. They want to see and do the same things on their mobile device that they see and do on their desktop at home. So next time you think about stripping a feature from your responsive website or creating an entirely different “mobile-optimized” version of it remember this ad.

I‘d venture to say that most people would rather double tap and two-finger pinch their way around the “desktop” web than be short-changed on content or capabilities for a “mobile-optimized” web.