Chris describes this problem perfectly in a CSS Tricks article from 2013: you set the <body> background color and the whole page is colored, but then later it isn’t. 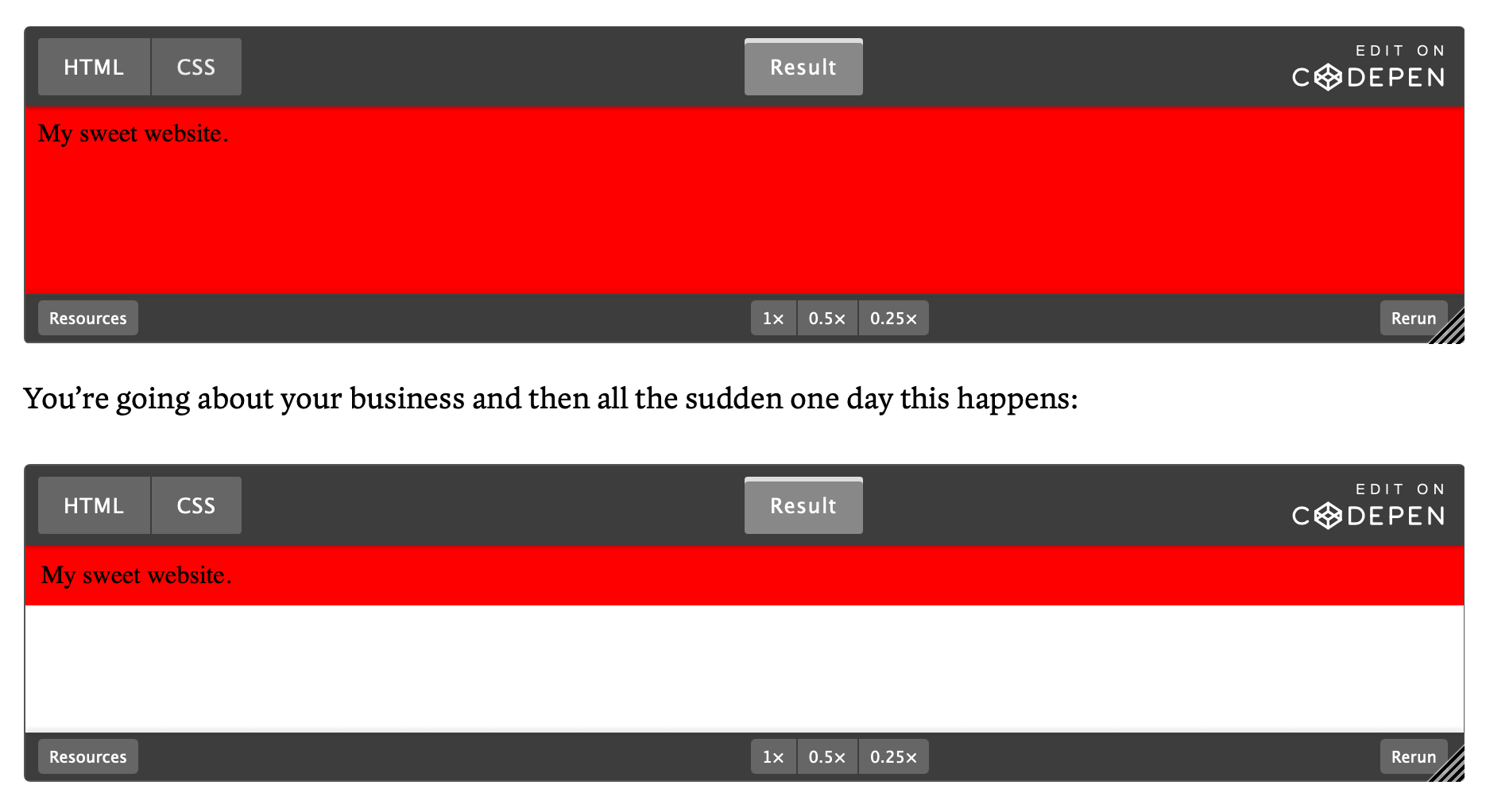 What exactly is happening here? The body element, by default, doesn’t fill the browser window. It’s as tall as its content, like a <div> or any other element.

A fix? Set the background color on the html element not the body.

But this is actually a strange anomaly of CSS if you think about it: styles appear to flow upwards rather than downwards?

In a way, it kind of makes sense. Nothing you put in <head> is ever visible on the page, so it seems rather intuitive for a web developer to think <body> = canvas of the page.

The CSS Working Group has decided that no future CSS properties should propagate from <body> to the viewport. In CSS, there are a handful of properties that propagate upwards from <body> to <html> and the viewport, including direction, writing-mode, background (see the spec), and overflow. This type of behavior is now deprecated and can be considered legacy.

Something being deprecated in CSS? That’s rare. I do like the more broad assertion though that this type of behavior (things propagating upwards in CSS) is now considered legacy. Now the intuitive sense that everything flows down in CSS won’t be violated by a one-off exception—at least not this one.