For another level of ironic, consider that while I think of a 50kB table as bloat, this page is 12kB when gzipped, even with all of the bloat. Google's AMP currently has > 100kB of blocking javascript that has to load before the page loads! There's no reason for me to use AMP pages because AMP is slower than my current setup of pure HTML with a few lines of embedded CSS and the occasional image, but, as a result, I'm penalized by Google (relative to AMP pages) for not "accelerating" (deccelerating) my page with AMP.

I actually really enjoy the “design” (how it looks + works) of danluu.com. Also enjoyed this fact check:

The flaw in the “page weight doesn’t matter because average speed is fast” is that if you average the connection of someone in my apartment building (which is wired for 1Gbps internet) and someone on 56k dialup, you get an average speed of 500 Mbps.

Article: “A clean start for the web”

While I didn’t agree with necessarily everything in this piece, I really loved the way it started:

The web’s evolution over the last decade has mirrored the American economy. All of the essential indicators are going “up and to the right,” a steady stream of fundamental advances reassure use that there “is progress,” but the actual experience and effects for individuals stagnates or regresses.

Nothing helps you think you’re on the right path like seeing a graph that goes up and to the right representing any aspect of the thing you’re doing. 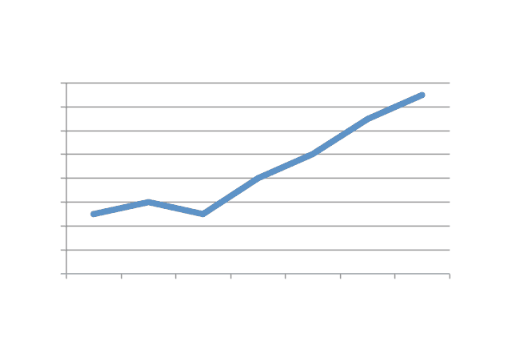 Article: “Back when software was a craft”

Software feels more like assembly than craft...I’ll do glue work when it creates many times the value than the same time spent on craft. It’s fine, I can craft on the weekends, for play.

Site note: Jess’ hero image for this post made me read the title as “Back when software was a cat”

There’s nothing new under the sun. Ideas abound, but execution is everything.

It’s because the ideas you are likely to share with me over coffee or in a phone conversation are otherwise plentiful, worthless in isolation, and, to some degree, completely unoriginal and already known to the world.

A great explanation of behind the metaphor of “tech debt”.

I coined the debt metaphor to explain the refactoring that we were doing...It was important to me that we accumulate the learnings we did about the application over time by modifying the program to look as if we had known what we were doing all along...The explanation I gave to my boss, and this was financial software, was a financial analogy I called “the debt metaphor”

With borrowed money you can do something sooner than you might otherwise, but then until you pay back that money you’ll be paying interest. I thought borrowing money was a good idea, I thought that rushing software out the door to get some experience with it was a good idea, but that of course, you would eventually go back and as you learned things about that software you would repay that loan by refactoring the program to reflect your experience as you acquired it.

A lot of bloggers at least have explained the debt metaphor and confused it, I think, with the idea that you could write code poorly with the intention of doing a good job later and thinking that that was the primary source of debt. I'm never in favor of writing code poorly, but I am in favor of writing code to reflect your current understanding of a problem even if that understanding is partial.