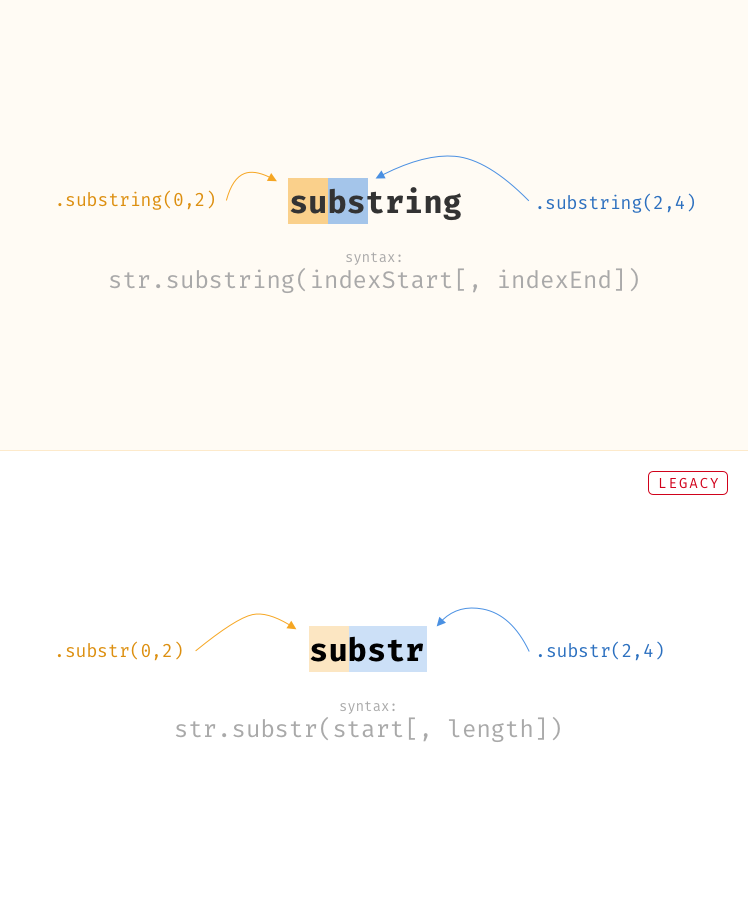 I’m always having to lookup stuff like this. Often times I know like 90% of the answer, but that remaining 10% of ambiguity requires I look it up. In this case, Google led me to a stack overflow answer stating:

It also had links to Mozilla’s docs on substr and substring, which helped clarify the answer for me.

Additionally (and almost equally important) I learned that – according to Mozilla’s docs – substr is considered legacy and you should therefore opt to use substring whenever possible.

Being the visual person that I am, I decided to create a visual answer to this question. In part because I thought this particular answer was well suited to being expressed visually; but also because creating the graphic would require me to internalize the answer more concretely (which will make it easier to remember – and explain to others – in the future).