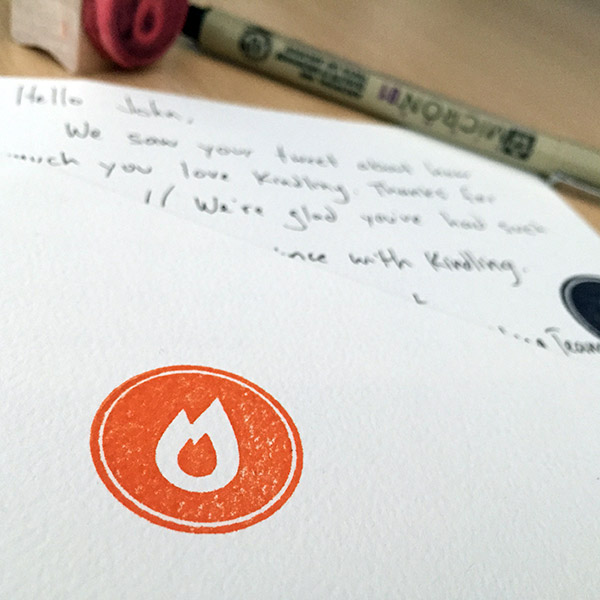 This project all started with an idea: how about a rubber stamp of Kindling’s brand that could be used (amongst other things) in composing personlized correspondence from Kindling? I put the idea into Kindling to see if it would take hold. 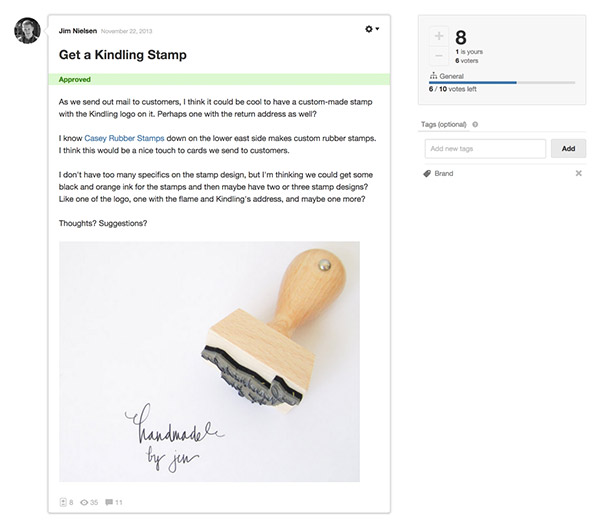 After getting buy-in from co-workers, the idea was approved. Now it was up to me to bring it to fruition.

I already knew who I wanted to produce the stamp: Casey Rubber Stamps in the East Village. Using their website, I ascertained the size specifications for personalized stamps and decided we would want either the one or two square inch cuts.

Next I started thinking about the stamp’s design. Usually I begin by sketching ideas, but I envisioned this stamp as a simple, straightforward take on the Kindling glyph so I skipped sketching and jumped right into Illustrator where I played around with a variety of design possibilities. 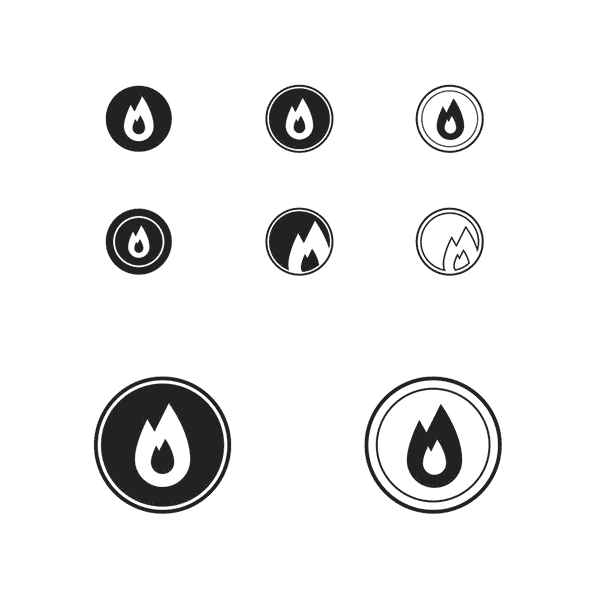 In order to decide which size would be best, I printed a low-fidelty, black and white version of these variations (it’s much easier to judge a physical product’s size when you view tangible prototypes as opposed to something on a screen). I quickly realized two square inches was way to big for what we were doing, so I went with one square inch.

Aesthetically, I preferred the flame that is offset in the circle. However, it didn’t really make sense to obfuscate the logo because Kindling’s brand mark doesn’t have strong ubiquity/recognizability. So instead I boiled down my choices to the encircled flame and an inverted variation. From there, I chose the inverted version because I preferred the stamp leave more rather than less ink when stamping. 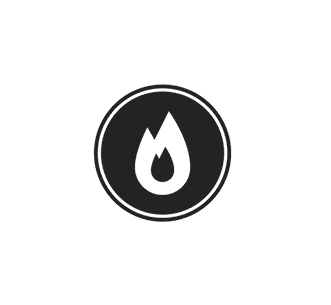 I exported the file and sent it off to Casey’s for production. After a few days they emailed me and said it was ready for pick up. In the store, I chose two on-brand ink colors for stamping: blank and orange. Now I only needed to get some paper.

I went over to a paper store off 5th ave. and browsed their offerings until I found just what I wanted: 3.5 x 5 inch cards with envelopes. The paper was a thicker weight with a slight texture on it which produced a feeling of quality and care in the hand.

I got all these supplies back to the office and started stamping! I really liked the end result. The handwriting in Micron pens helped contribute to the personalized, quality feel of the final product. 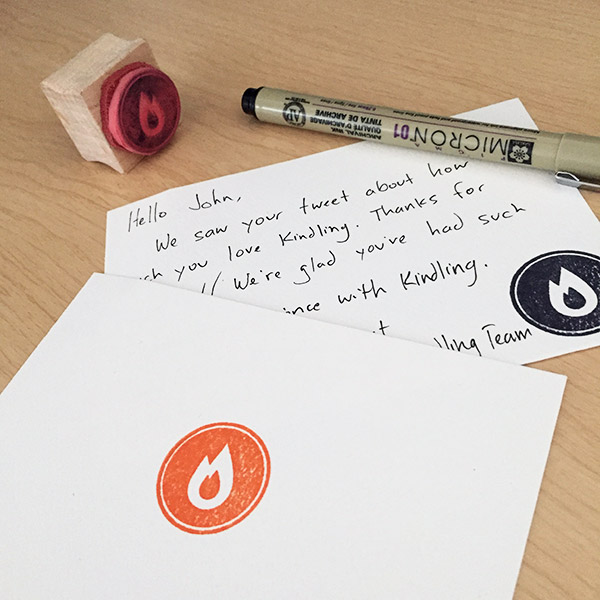