Sam showed me how you can key in a couple write commands in the macOS terminal:

Which will enable a context menu in a system web view: 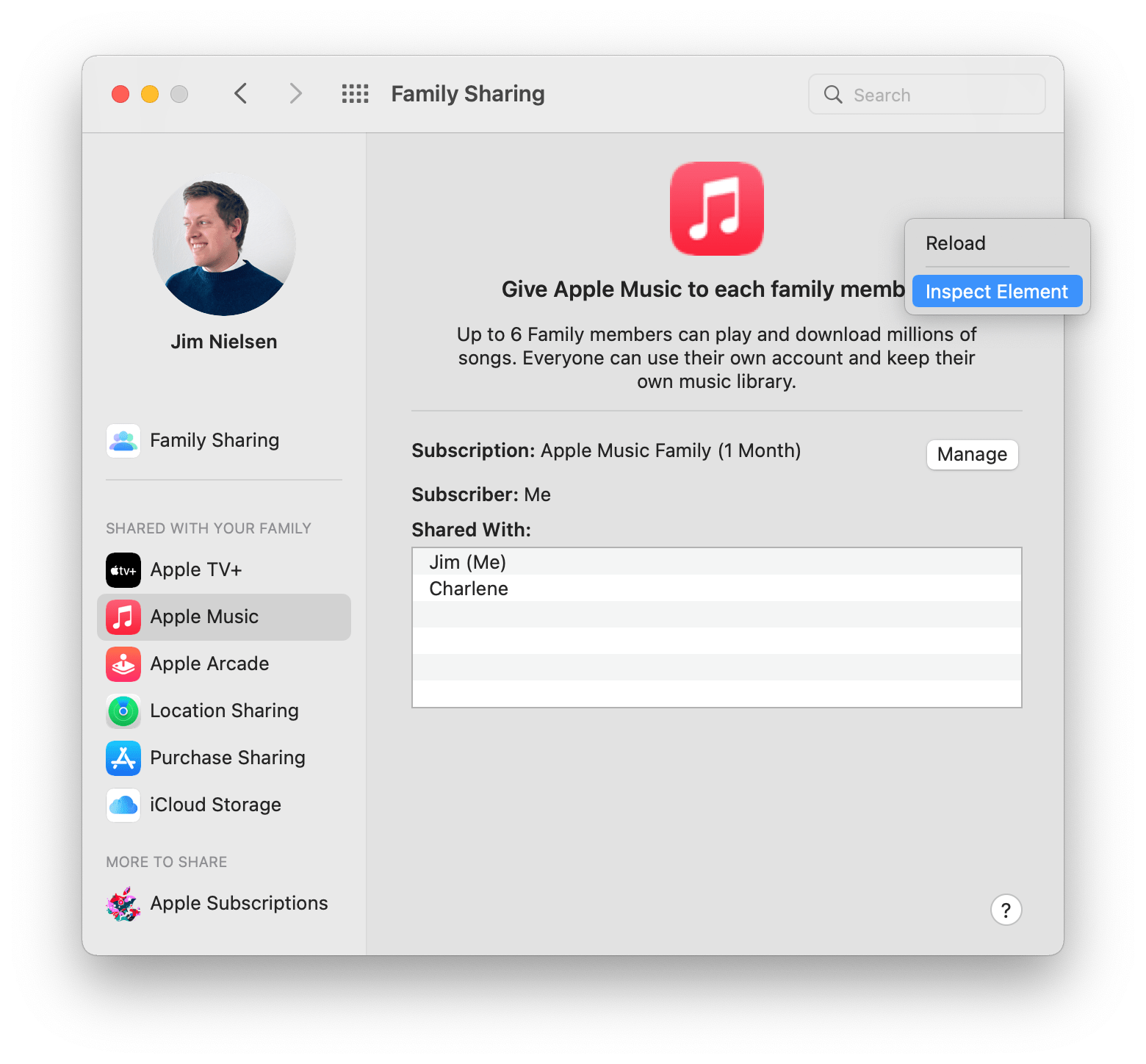 Which lets you trigger the Safari Web Inspector and inspect elements of the view — like you would any website: 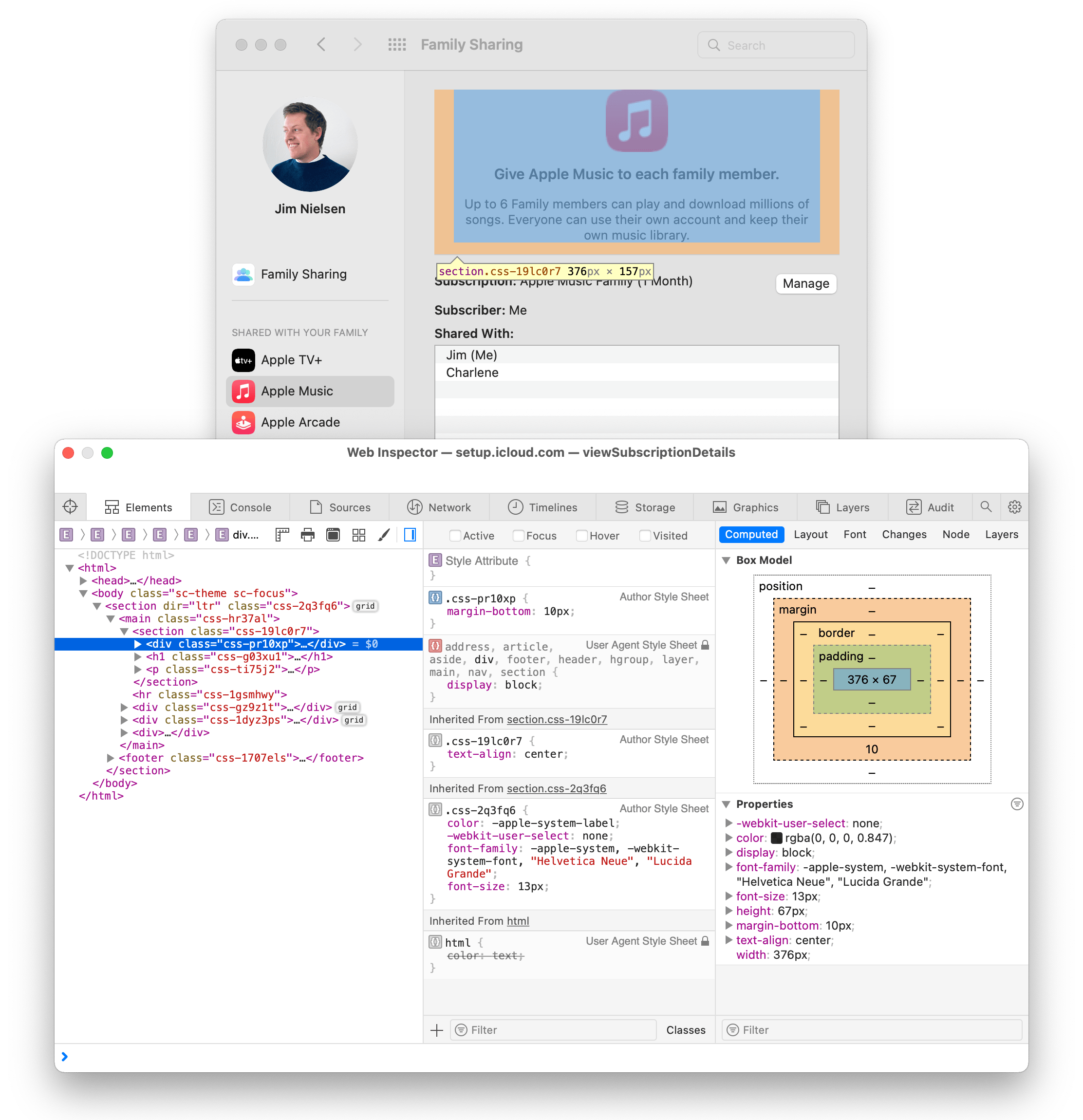 I find this fascinating! I’m intrigued by the ability to use system colors in CSS and these web views in macOS show how engineers at Apple are leveraging non-standard CSS keywords in Webkit to mimic UIs in macOS which are otherwise built with native system APIs.

It’s kind of like opening the developer tools in an Electron app, except these are native macOS apps with web views parading as system UI.

I’ve poked around in the “Apple ID” and “Family Sharing” panes in the macOS System Preferences where I’ve spotted a few intriguing details.

For example, in the Apple Music tab of Family Sharing preferences I find a javascript-packed.js file being loaded which appears to be leveraging React to power that particular web view. 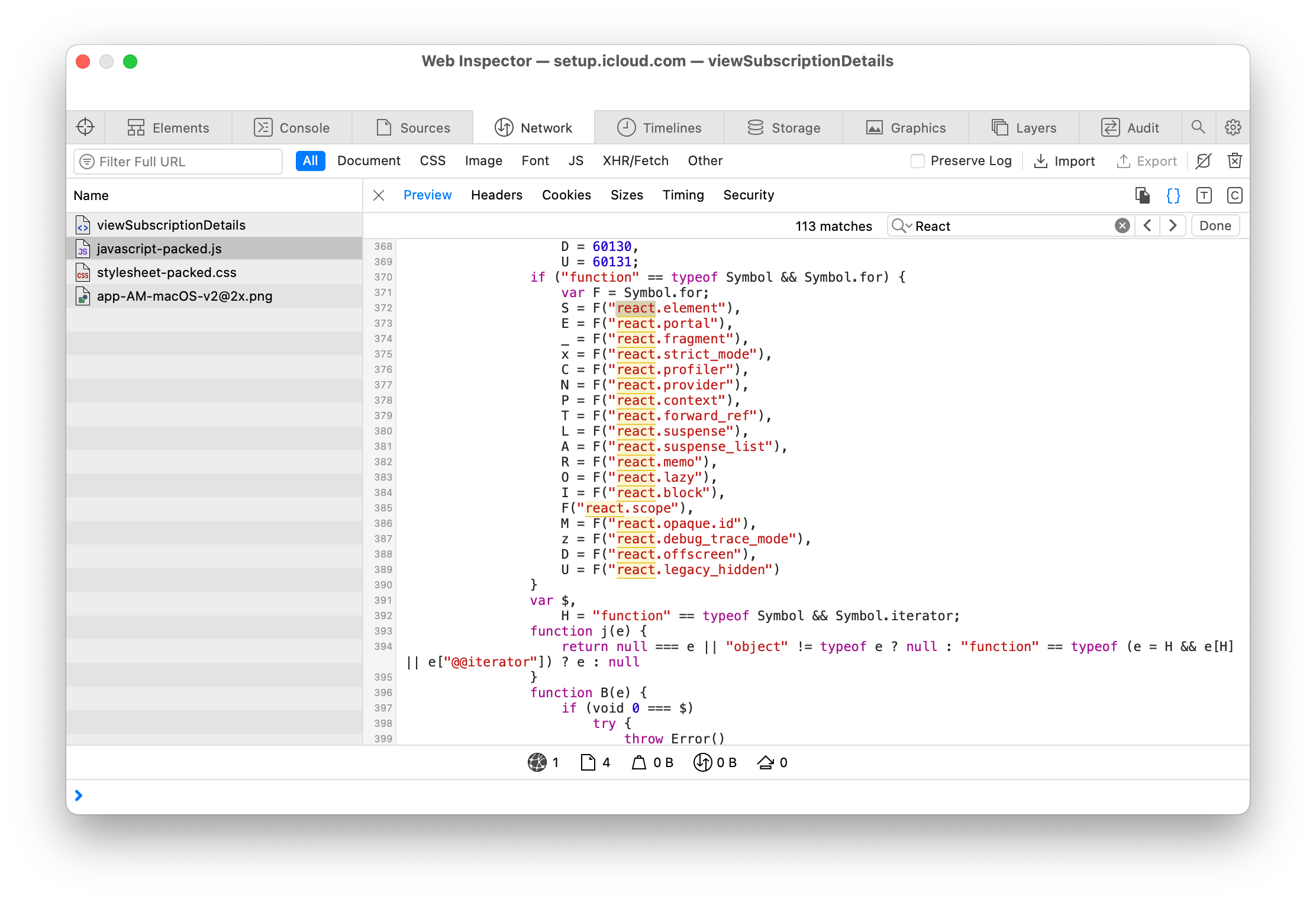 In another view, I see what looks like web components: custom DOM elements like <settings-app> and <graphite-panel>. 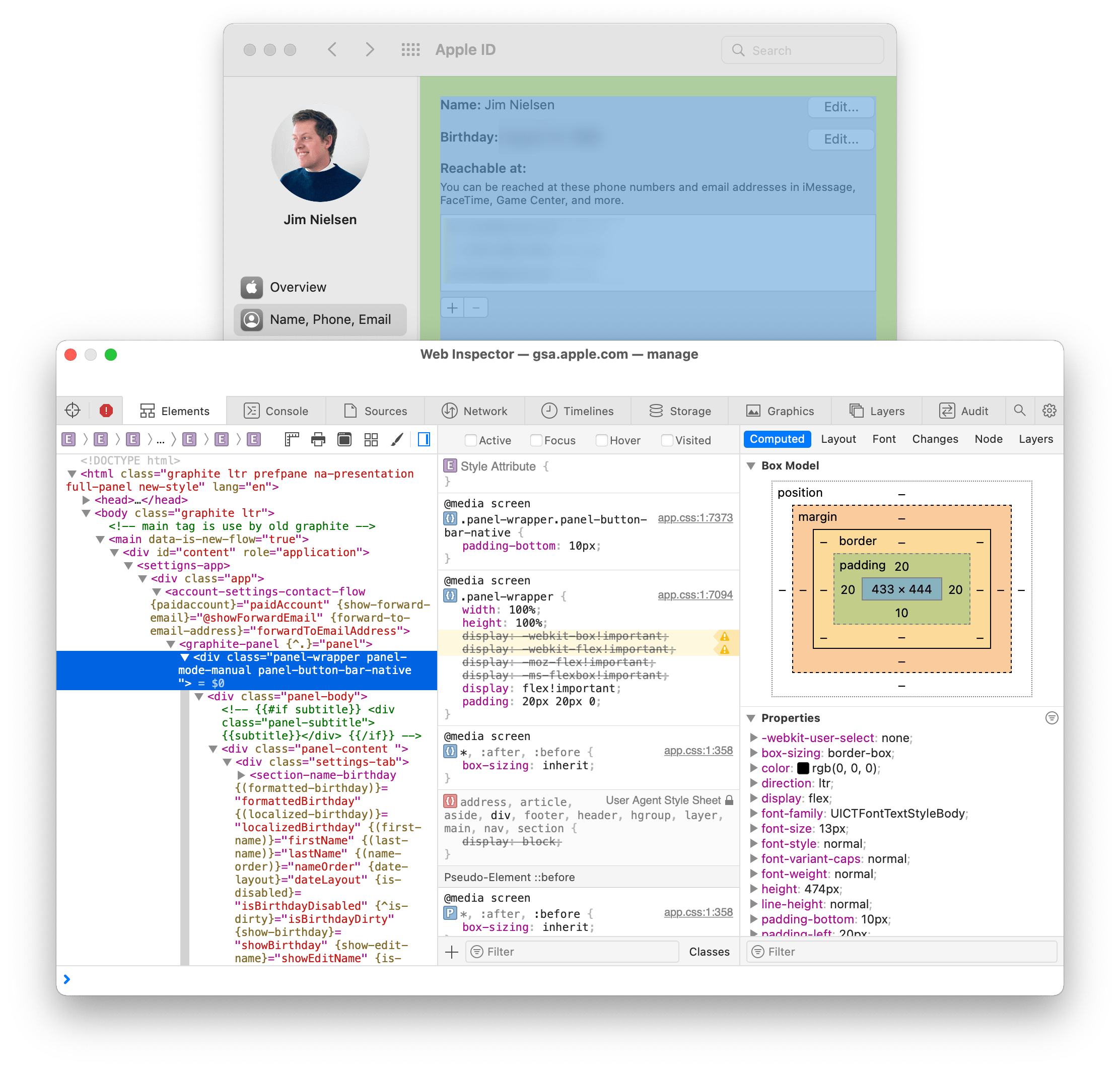 Nothing earth-shattering here, but enough to satisfy my curiosity poking around for a while.

I can imagine that views and functionality like this explain why you see particular browser features ship in Webkit/Safari. For example, the CSS4 fonts module standardizes support for leveraging system fonts in the browser. I can imagine this scenario played out something like:

Here’s an idea: guess at new features in macOS by using the work of Safari team members as a leading indicator. If they’re pushing for one particular feature to be standardized and implemented (or if non-standard keywords are making their way into Safari), it’s not far-fetched to conclude that means a new feature is coming to the OS which relies on that particular Safari feature in order for web views embedded into native apps to blend seamlessly into the experience of macOS.

Anyway, something to play around with if you feel so inclined.